Losing weight with running? You can with these tips

Running and losing weight? Running is an excellent way to exercise healthy and you will lose weight if you take the following tips into account. Incidentally, make no mistake about calorie consumption while running. Runners often think that they don’t have to take anything further into account if they run a lot every day, but that is not true.

Make no mistake about the calories

Have you just run 5 kilometers at an average pace? Then you can assume that you have used between 350 and 400 kilocalories. Running is one of the activities with which you use a relatively large amount of calories. But the same amount of calories that you needed to cover that distance is also in a cup of coffee with milk and sugar if you also take a chocolate chip cookie. Check your calorie consumption with an online calculator so that you don’t overestimate it. A healthier snack after walking such as fruit or a smoothie are a better reward for your sporting effort.

Less fat is good, but don’t overdo it

If you want to lose weight, you will naturally want to do something about your diet as well as running. However, a fat-free or low-fat diet is usually not a good idea in conjunction with your training. Your body needs a varied diet and fat is part of it. In addition, fat is also less easily digested than carbohydrates and this limits the feeling of hunger. Approximately 20% of what you get in calories daily should consist of fats. Preferably use unsaturated fats. Avoid trans fats (in processed foods such as cookies) as much as possible. That is also better for your heart and blood vessels.

Do not run on an empty stomach

It may sound like a good idea to start running sober because the body would rather burn off excess fat. That is also partly true. But your muscles first use the glycogen. These are the carbohydrates that you took the previous day. Then it’s the turn of the fat. At that moment, however, your energy level drops to such an extent that you have to run slower and therefore use fewer calories on balance. If you are going to run for more than twenty minutes, it is wise to get some carbohydrates first. Think of a banana or a few nuts.

Don’t wait too long to eat after running

If you have had a heavy workout, your muscles will probably have used up all available glycogen. Your muscles and your body then wants supplement. But because you’re tired, you probably suppress that hunger. When the tiredness has disappeared, hunger really comes and you probably eat everything that is available without paying attention to the calories. It is wiser to fuel the muscles again within an hour after the running session. This prevents a hunger attack later. That diet can best be in a ratio of 4: 1 in terms of carbohydrates and proteins. You should also think of approximately 200 kilocalories. An example is 250 milliliters of skimmed chocolate milk, which contains the right amount of calories and the right mix of nutrients.

We of course see professional cyclists constantly eating during their efforts on the road. The choice of sports drinks, shakes and bars is also huge. But because of this you run the risk that you take in more calories than you consume during the training and you can lose weight. Keep the following simple rule in mind. If you go running for a maximum of one hour, you only have to bring water. With more than an hour you need 30 to 60 calories supplement per hour in the form of a drink on a bar. 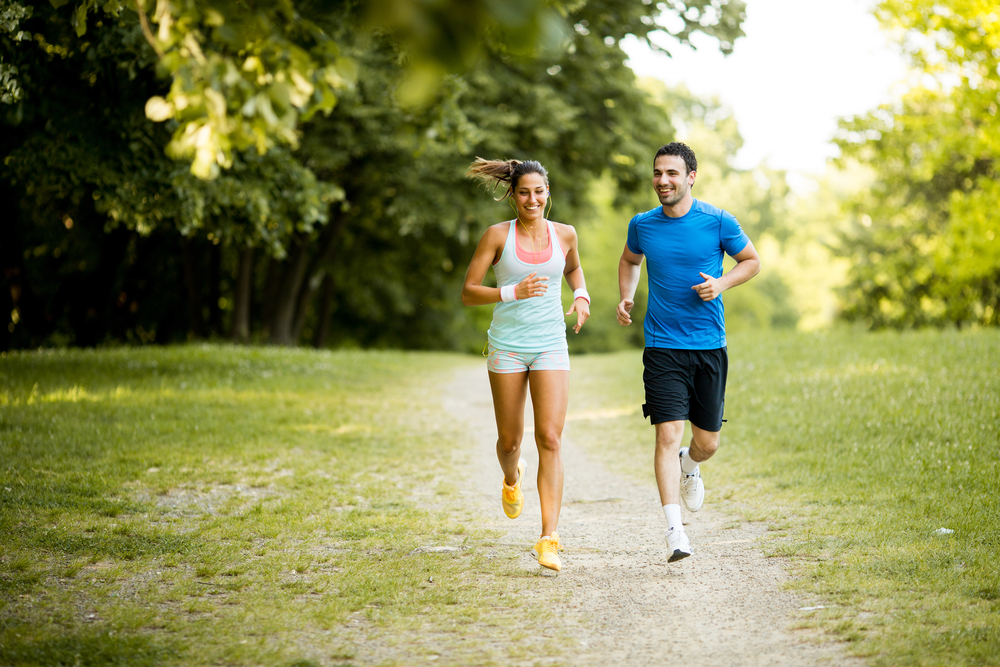 Calories in a glass

If you want to lose weight by running, you will also have to pay attention to your glass. Alcohol contains much more calories than most people realize, in America adults consume an average of 100 calories per day through alcohol. In addition, the calories are added via coffee and tea, and of course soft drinks and fruit juices contain large amounts of sugar. Drinking, however, rarely leads to a feeling of satiety and you do not eat less of it. A night at the pub means running many extra kilometers to eliminate those calories.

The more pounds you measure, the more calories you will burn when running. Losing weight is therefore faster if you are heavier. But your metabolism adapts and you will also use less energy if you have achieved weight loss. So adjust yourself for further results.